Funerals are becoming less formal and more personal, according to SunLife’s latest Cost of Dying report, with one in seven people now making special requests for their funerals.

SunLife’s report also reveals that funerals described as a ‘celebration of life’ are becoming ever more popular, with a third of people organising a funeral choosing one of this kind. Eight in ten funeral directors say they’ve seen an increase in this type of funeral in comparison to just one in ten of those recently organised being described as ‘religious’. Hawaiian is the new black.

Many funerals are ditching funeral traditions such as wearing black and singing hymns and hearses for more personal alternatives.

“Just as people are having weddings that are more personal and less traditional, we are seeing the same trend with funerals,” said Dean Lamble, CEO at SunLife.

“People are less inclined to have a standard cremation or burial with a traditional religious service where everyone wears black, but instead, opt to celebrate the life of that person by asking people to wear the person’s favourite colour, or by playing a song from their favourite band, TV show or film. We’ve also seen people opting for different ways to be buried – woodland burials have risen by a quarter in the last year, for instance.”

While ‘no black’ is now quite a common request, our report shows that many people are much more specific about what they would like people to wear. Others have unusual requests about the coffin, the way the body is transported and what happens to their ashes. Below are this year’s top 30 unusual funerals:

As well as making requests about the type of coffin that they want, many people ask for special objects to be put in or on theirs. This year’s report revealed that one man asked for flip flops to be placed on his coffin, whilst another lady asked for a banana to be put on top of hers. Her daughter explains:

“We put a banana on top of the coffin as my mam had a stomach condition most of her life and always carried a banana in her handbag when on days out in case there was nothing she could eat.”

Others asked for things to be put in the coffin with them, like a photograph of a loved one or a pets’ ashes. One man even requested to be buried with a whistle in case he woke up and needed to get someone’s attention!

Music is another area where funerals can become much more personal, by choosing the person’s favourite song or something that conjures up particular memories about that person. Others use their song choice to show their sense of humour. Examples include:

However, while most of us have strong views about what we want our funeral to be like, we are still not making our wishes clear to loved ones. This year, 21% of people organising a funeral had absolutely no idea what type of funeral to organise for the deceased as they had left no instructions behind. Just over half (55%) knew if their loved one would have wanted a burial or cremation and only a quarter knew what to do with the deceased’s ashes. Just one in seven knew which coffin to choose, while almost two thirds did not know the deceased’s preferred cemetery or burial ground.

And when it came to the details of the service, only 36% knew whether to hold a religious or non-religious service and only 22% knew which music or readings to have at the funeral.

In fact, just 1% of those who organised a funeral knew ALL of the deceased’s last wishes; most had to make the personal decisions themselves, based on what they think the deceased might have wanted.

Tracey Bleakley, CEO of Hospice UK, which runs the Dying Matters campaign said: “It’s great to see the continuing growth in non-traditional funerals as people take the opportunity to express themselves in ways that are personal and meaningful to them. It’s still a concern that so many people don’t know the funeral wishes of those close to them, but we hope that everyone will take this opportunity to start discussing what they’d like for their send-off.”

“By not talking about funeral wishes, our loved ones are left to make these decisions on their own, which can cause a great deal of emotional stress and even arguments among family members who disagree about what the person would have wanted.

Dean concludes: “Our My Perfect Send-Off tool is a great way to record your funeral wishes for free, so that your family know exactly what type of funeral you want, taking away the emotional burden from them, and ensuring that you have the type of send-off you would have wanted.” 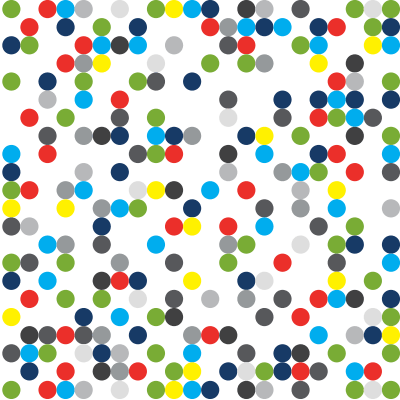 How do you go about donating your body to medical science? And is it easy? Our step-by-step guide tells you what you need to know.
Read more Read our selection of 9 of the best ever witty one liners and words of wisdom uttered by the rich, famous and fabulous on their deathbeds.
Read more

According to our latest research the average cost of dying is now £8,905 – a 1.2% rise in a year and a rise of more than 50% since we first started tracking the cost of dying ten years ago.