Issues with body confidence are a part of everyday life… but not for this 68 year old.

Issues with body confidence are part of everyday life for many these days, but there are some who are more comfortable in their own skin.

When we arrived at Richard’s campsite on the outskirts of Bristol, he greets us at the gate with a beaming smile and a self-assurance that comes with age… and probably naturism.

It becomes clear from the start that Richard is at peace with who he is and what he looks like, as he strides around in the buff, tending to his patch of land. But where does all that body confidence come from?

‘I don’t know what came first, the freedom or the naturism. I think it comes from my upbringing. My parents weren’t naturists but they didn’t have complexes about their bodies. I never had that initial hang up that being naked was somehow funny. I think youngsters particularly nowadays have big issues about body image, which is an awful shame because we change shape as we go through life.’ 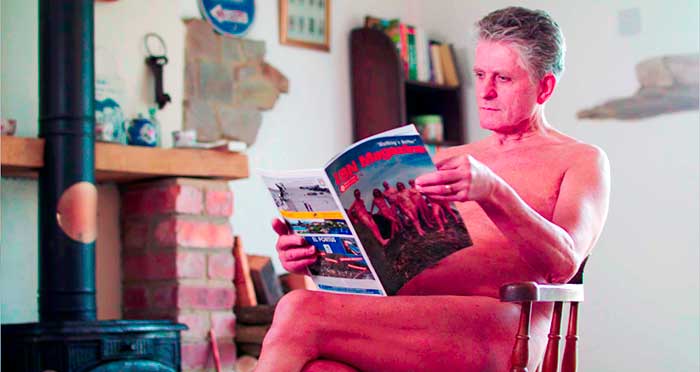 After a life working in high powered office-based positions, Richard now splits his time between his home by the harbour in Bristol and his naturist campsite, cutting hedges, laying bricks, and tending to his plot of vegetables.

‘When I was about 50-55, I gave up full time working and could really do the things I wanted to do. Things have become less stressful and that’s made a huge difference. I mean, this is work to a certain extent – I’m lugging things around and doing manual labour but it isn’t work for me because I'm not stressed.’

But it’s not just the campsite that takes up his time. Richard still drives HGVs around Europe, as well as being a life model.

‘I’ve been modelling for over 50 years! I had a girlfriend when I was in my teens and she wanted to draw me. I suppose there’s an exhibitionist in me so it grew from there… and people are still happy to pay me to take my clothes off! I think that’s wonderful at 68. (grins)’

Despite his young-at-heart attitude to life, Richard still talks about funeral planning with his wife.

‘My wife says to me “your funeral is going to be so easy to arrange – you’ll go into a wickerwork coffin with no clothes on!” (laughs)… and we’ll probably have an open lid!’ 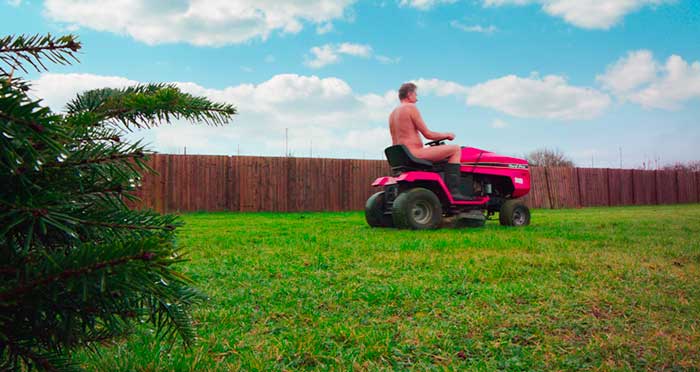 So, why is he a naturist?

‘People are always asking me why I’m a naturist! I’m rebellious. I’m a rebel. If someone tells me that you mustn’t do that, unless there’s a logical reason why, I kinda go “no, that’s stupid”. It’s not about taking my clothes off; it’s just that no one has given me a sensible reason for keeping them on!’

It was rebellion which made him open up his land to other naturists, after a fellow naturist explained that planning permission wasn’t needed if he registered the campsite with British Naturism

It becomes clear quickly that having fun sits high on Richard’s list of priorities these days, and we couldn’t agree with him more.

‘One of my old bosses said to me one day “when it stops being fun, stop doing it.” And he’s absolutely right. Nothing’s hard work if you’re enjoying it, nothing’s a pain if it’s fun.’