What is the difference between saving and investing and where could you put your money? 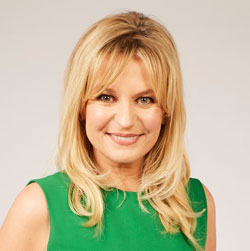 The information on SunLife website and this article is for general guidance only and not to be considered financial advice. For important decisions related to your personal savings and investments you should seek specialist financial advice. When investing, there are no guarantees of return so you should never invest more than you can afford to lose. 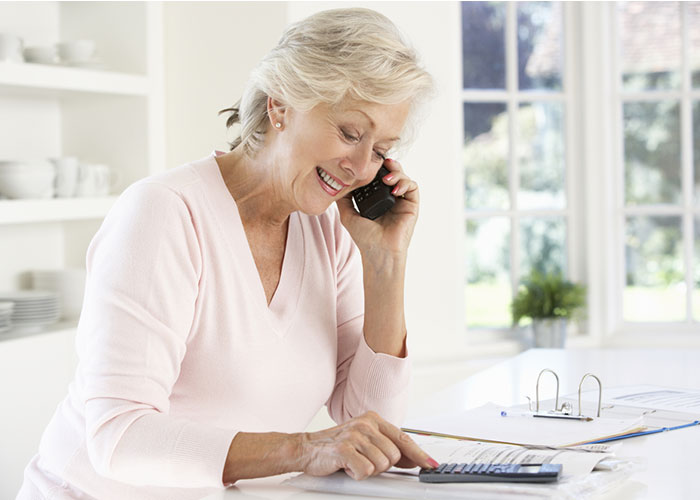 We keep hearing about “putting money into savings”, “increasing savings”, “making sure that we have enough pension savings” and “how it’s hard to find a good savings rate”.

But what about investing? Would you describe yourself as ‘an investor’?

Most people wouldn’t. They see investing as worrying, risky and the preserve of the rich and clever.

When it comes to saving for their future, apart from contributing to a workplace pension, most people wouldn’t go further than putting their money into the highest interest savings account they can find.

But this means that most people in the country are actually losing money by trying to be cautious. It’s because most people don’t know the difference between ‘saving’ and ‘investing’.

What is the main difference between saving and investing?

This is a question I always ask the people who come to my ‘How to be rich without really trying’ money management workshops.

There are a number of differences, but there is one crucial one that I look for.

Here are some of the differences people often mention:

Those are all true, but they are not the crucial difference. The one big difference that sets ‘saving’ and ‘investing’ apart is…

This is the really important thing you need to know about saving and investing:

Why is this so important to know?

It’s because of the dreaded ‘I’ word: Inflation.

Inflation is what eats into your money over time. It’s the clothes-moth of wealth: a vicious creature that just loves to chomp through the value of your money and makes bigger holes in it the longer you keep your money for.

Inflation is about prices going up. As prices go up year after year it means that the pound in your pocket buys just a little bit less (or a lot less in the case of property) each year. In fact in recent months, inflation has soared way beyond the 2% that the Bank of England aims for annually.

Think of the price of a loaf of sliced white bread. In 1970 the average price was 9p. In 2000 a loaf would cost you 52p and now it costs an average of £1.14. That’s the horror of inflation: as time goes by you need more cash to have the standard of living you had yesteryear

What to consider when saving

The important thing for short-term savings – say for a car, for Christmas or for next year’s big holiday – is safety. You need to know that if you put £100 in your savings pot today, by the time you come to take it out to pay for that car, or whatever you’re saving for, you will still have £100 there, plus a little bit more you hope.

You need stability for your savings money and, although it’s nice to make some extra, in the short-term it’s not so important to beat inflation. It’s only once you get to five years that the cost of living really starts to bite into your earnings.

Stability is particularly important for your ‘savings safety net’. It’s often recommended to have a cash cushion that is there to break your fall if you suddenly have a life shock that knocks you off your perch and means you can’t work for a while.

A savings safety net is generally considered to be enough money to cover bills and living costs for at least three months, set aside in a savings account that we do not touch.

In fact, some advisors say that we should really have enough to cover us for six months as it often takes about that long to get back on our feet after losing a job or a bereavement.

But if you can at least set aside enough for three months that will be a really good start! You could put it in an easy-access savings account so that if you suddenly need to access the cash you can do so without a penalty.

Read our guide on savings options for retirement.

What to consider when investing

When you’re investing – that is putting money away for the long-term – inflation is really important. A qualified financial advisor could help you when you’re trying to find ways to beat inflation.

You need to make sure that the money you put aside for your future (or the future of your children) is making returns that are well above inflation so that not only are you keeping up with the general rise in the cost of living but you are beating it.

Economists (and the Government) tend to work on a figure of 2% inflation per year, and it’s a decent figure for you and I to have in our minds when we think about where to put our money for the future.

It means that, generally, for long-term investing, we need to be getting at least a return of 2% a year just to tread water, and if we want to make enough money to live on happily later on, we need to make at least 4.5% a year.

Most financial advisors suggest that an average of a 4.5% return should be the very least people go for. Ideally we should aim for a couple of per cent higher than that. And right now, with inflation soaring (and likely to stay high for a while) ideally one should be aiming to make at least 7%, on average, on one’s investments.

Where could you put your ‘savings’ money?

When it comes to money that you want to access in the short-term (i.e. anything up to the next five years), as I’ve said above, it’s usually recommended to put it in products that are pretty safe and stable. That way you can have at least the money you put in at the start when you want to take it out.

You don’t want to get to Christmas and find that the £250 you were putting into your Christmas savings have turned into £150.

Security, safety and certainty are the important aspects of any savings product. The actual amount of interest you earn from it is of less importance.

Admittedly, it’s not nice to have interest payments that are lower than inflation (as we have right now), but in general it’s not the end of the world in the short-term. The most important thing is that you know the numbers you put in at the start are there at the end – plus a bit extra you would hope.

So, usually the best type of products to put your savings money into are safe, secure savings accounts from reputable banks, building societies and online savings institutions that are backed by the Government’s Financial Services Compensation Scheme (FSCS). With this scheme, if the institution that has your money goes bust, the first £85,000 of your cash will be returned to you.

So make sure that you don’t put any more than that into any one company. That also includes groups of banks. For example, if you have money in Lloyds Bank and in the Halifax you should make sure that, together, those amounts don’t add up to more than £85,000 as they belong to the same group.

As mentioned above, it’s good to have some ‘savings safety net’ money in an easy-access savings account so that you can take the money out without penalty.

For other savings, such as saving up for a deposit on a house, you could consider a regular saver where you put a certain amount of money in each month, without fail, and get a little more money in interest. A fixed-term savings account (sometimes called a savings bond) will also give you extra interest (though not much) in return for having your money for a guaranteed amount of time.

Where could you put your ‘investing’ money?

When it comes to investing your money for long-term growth – whether it’s for your retirement, for your children’s education or to set them up for a richer future – the money is usually put in products where it will work hard. This means considering products like:

In other words: not savings accounts.

Also, of course, it can be a good idea to pay a financial advisor to put your money into lucrative investments for you. It will cost but if you’re worried about doing it yourself it’s worth paying a professional. In fact you can get a free session with a financial advisor through a scheme set up by VouchedFor.co.uk and my website MoneyMagpie.com.

There are lots of ways to learn enough to do some basic investing for yourself.

Firstly read a few of the easy investing articles on my site. It’s also helpful to read the occasional article in the money section of your favourite newspaper and, if you’re getting really interested in it, to browse investing websites like The Motley Fool and Interactive Investor.

Here’s also a guide on how to find financial guidance and information for free.

It can also be a good idea to start investing with the guidance of a qualified advisor.

How much should you have in savings vs. investments?

The percentage of your money that you should have in savings rather than in investments depends on your age, what you’re aiming at in life and how much risk you’re happy to take. At the moment it is also dependent on high inflation and low savings rates. If you can, it’s better only to put a minimum amount in savings accounts (primarily your savings safety net and, perhaps, savings for holidays, Christmas and a deposit on a house) and earmark the rest for long-term investing. This is because savings rates are so poor relative to inflation that you are effectively losing money while you have it in a poor-performing savings account.

One way to look at it is to do the 20/80 rule where, if you’re young (say in your 20s and 30s) you could have around 80% of your extra money in investments (the riskier the better!) with 20% in safe savings, but if you’re retired you’d usually go for closer to 80% of your money in safe savings, gilts and annuities with just 20% in shares, although that should change in the current high inflation environment. It’s best to speak to a financial advisor about where to put your money to work right now.

Also, remember these figures are just for general guidance as they don’t take into account anyone’s personal circumstances.

The new figures for 2018-19 ISA savings show that the number of people using cash ISAs rose by 1.4 million but stocks and shares ISA subscriptions fell by 450,000. This means that more of us are flying to safety when we should really be thinking long-term for our ISA money.

This is particularly important for women to know as they have a tendency to save when they could invest. When it comes to ISAs, 57 per cent of Cash ISAs are owned by women and 43 per cent by men. The vast majority of stocks and shares ISAs are owned by men.

The problem with this is that in real terms you can lose money long-term by putting it into cash ISAs rather than in stocks and shares ISAs. For example, putting £10,000 into a cash ISA paying 0.9% (the best current interest rate for an easy-access account) would produce a £2,522 return over 25 years. But if you had invested that £10,000 into the FTSE 100 over the past 25 years it would now be worth almost £45,000.

Whichever savings or investment product you choose, make sure to research all options well and consider speaking to an independent financial advisor (IFA).