Your guide to the Sandwich generation 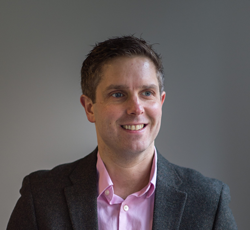 Who are the sandwich generation?

The Sandwich Generation is a term used to describe those who are looking after both their children as well as elderly parents or grandparents. A growing number of people have found themselves caring for, and sandwiched between, two generations over the past few years. Government figures show that around 3% of the population meet the definition of the sandwich generation.

Is the sandwich generation a new problem?

Multi-generational families have been living together and caring for each other for centuries. Indeed, in many cultures, it remains common for all generations of a family to live under one roof, and look after each other.

But in some western countries – including the UK - it has become more common for families to live apart over the past century.

In some ways, the concept of the sandwich generation speaks to the inevitable reuniting of families with older generations as they reach the point where they need care and support.

One reason that more people may be finding themselves part of the sandwich generation is that people have been living longer lives over the past few decades. At the end of the second world war, women in the UK had an average life expectancy of 70, while men lived on average to just 60 years old.

Fast forward 75 years and women are now living to average age of 83, while men are living to an average of almost 80.

As people are living longer, they are also more likely to spend a greater time needing personal care and support in old age.

At the same time, children are generally living at home for longer than they used to. According to government figures, the average age that people leave full time education is now 19.3 years, compared to 17.8 at the end of the nineties. And around a third of school leavers go onto university, compared to around a quarter in 2006.

As tuition fees have increased the cost of university, and rising house prices and rents have made moving out less affordable, growing numbers of children are living at home longer. According to the Office of National Statistics, just over 25% of 18-34 year olds lived with their parents in 1997, whereas this had risen to 32% by 2017.

So not only is sandwich care becoming a more common phenomenon, but carers are finding themselves caught in the sandwich for longer.

Financial and time pressures on the sandwich generation

One of the greatest impacts on the sandwich generation is the increased cost of caring for two generations of relatives at the same time.

While parents often make adult children contribute to household outgoings, many do not. Of those that do, many allow their children to pay a relatively small amount. At the same time, elderly relatives in care can also create extra costs.

If your elderly relative is not financially independent, they may well need support from their children to top up their care fees. Local authorities and the NHS will pay for some care needs. But the amount of support is strictly means-tested in most cases, and the benefits available generally don’t provide enough to cover all the costs.

Those who rely on government support also end up with far fewer options if they need to move into a care home. As a result, many families pay top-up fees to care homes to allow their relative to reside in better quality accommodation.

While financial pressures are not a problem for all people caught in the sandwich generation, almost all sandwich carers talk about the pressure on their time.

This often takes a toll on their mental health. By spending most of their time caring for elderly and younger relatives, they often end up with little or no time for themselves.

According to a 2019 government report, 27% of people in the sandwich generation described themselves as having mild to moderate mental health symptoms. There was a directly correlation between this and how much time they spent caring.

Amongst those spending over 20 hours a week caring for their relatives, over a third described themselves as having poor mental health.

Is this article helpful?

We can send more tips and tools straight to your inbox. If you think that would help, let us know where to send them.

Tips for those in the sandwich generation

For those who end up caught in the sandwich generation, it’s important to come up with a strategy to make the extra responsibilities manageable – both from a financial and mental wellbeing perspective. Here are important things you should think about which could ease the burden.

One of the conclusions that many take away from the experience of being a sandwich carer is that they don’t want to leave their children in a similar position.

One of the most important things you can do to do support your children is to put financial plans in place to pay for your care if you need it. It’s also worth beginning to have conversations about what you’d like and how your care might be managed in later life while you’re still in the early years of retirement.

If you have a pension and you own your own house, you should have options that provide enough money to fund your own care – but planning ahead can reduce the cost and the burden on your children.

If you don’t live near any family, it’s important to think about whether you’ll have the support you need in later life if you stay where you are. It’s easier to plan and follow through with house moves while you’re in the earlier phases of retirement – and to build a network of friends who can support you, as well as family.

It almost goes without saying that living a healthy lifestyle is another important choice you can make to reduce the chances of you needing lots of help and support in later life. Those who are physically active and eat well are more likely to stay well and live independent lives for longer. You can find tips about eating better and living a healthier lifestyle on the NHS website https://www.nhs.uk/live-well/eat-well/eight-tips-for-healthy-eating/.