Funeral hymns are traditionally sung at Christian funerals. As funerals can be a religious experience for a lot of people, hymns offer comfort. At a loved one’s funeral, they can bring people together, uniting the congregation in grief and hope.

The hymns themselves can have deeper meanings for the person who has passed away or the loved ones who are planning the funeral. That’s why a lot of people research religious hymns and their lyrics to make sure the funeral’s music is right for them.

This guide will help you find the right music to make funeral arrangements more personal. As well as popular and traditional choices, our funeral hymns list includes more modern options too.

People might want to include hymns in a funeral service for nostalgic reasons, or might simply enjoy the music, you can sing or play hymns at a funeral whether you’re religious or not.

If you’re starting to think about your own funeral, reading about funerals plans might be a good place to start. 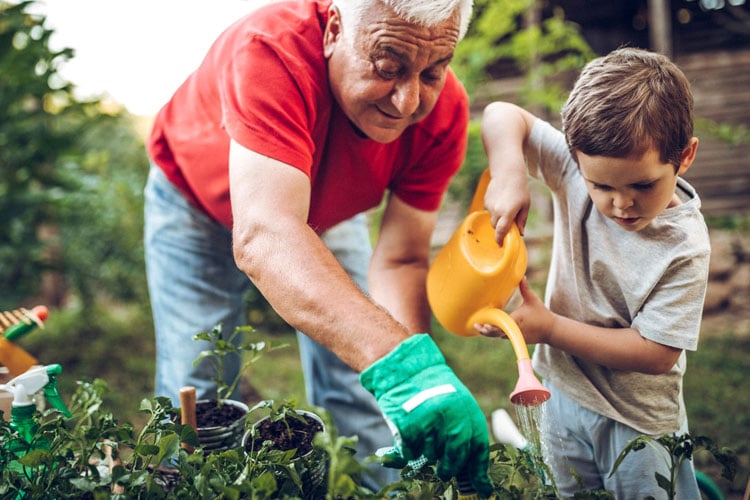 Abide with me; fast falls the eventide;

The darkness deepens; Lord with me abide.

When other helpers fail and comforts flee,

Help of the helpless, O abide with me.

Abide with Me is a prayer to God, with the speaker asking for comfort and guidance through life, hardships and ultimately, death. The opening line comes from Luke 24:29, "Abide with us: for it is toward evening, and the day is far spent”.

The hymn is popular in Christianity and was a favourite hymn of King George V. It is often sung by military services across the Commonwealth. Since 1927, the first and last verses of the hymn have been sung at the FA Cup Final before kick-off. It has also been sung prior to kick-off at every Rugby League Challenge Cup Final since 1929.

The Lord’s my Shepherd

The Lord's my Shepherd, I'll not want;

He makes me down to lie

In pastures green; he leadeth me

The quiet waters by.

The Lord's my Shepherd is based on the words of Psalm 23: “The LORD is my shepherd; I shall not want. He maketh me to lie down in green pastures: he leadeth me beside the still waters”.

It is a popular choice to sing at many religious occasions, not just funerals. It was sung at the Wedding of Princess Elizabeth and Philip Mountbatten in 1947.

Amazing grace! how sweet the sound!

I once was lost, but now I’m found;

Was blind, but now I see.

Amazing Grace is a moving hymn with spiritual lyrics, making it a popular choice to sing at funeral services. It was originally written by John Newton in 1773. It is said that he wrote the song after he renounced his role as a slave trader, converted to Christianity, and became an abolitionist.

The song is extremely popular in the U.S. and has been covered in popular music by artists such as Aretha Franklin, Ray Charles, Johnny Cash, Willie Nelson and Elvis.

The Day Thou Gavest, Lord, is Ended

The day you gave us, God, is ended;

the darkness falls at your request.

To you our morning hymns ascended;

your praise shall sanctify our rest.

The Day Thou Gavest focuses on the worldwide fellowship of the church. It uses the metaphor of day and night, reflecting on the passage of time.

It was selected to be sung as part of the celebrations for the Diamond Jubilee of Queen Victoria in 1897. It is the official evening hymn of the Royal Navy and the Royal Australian Navy.

Be Thou My Vision

Be thou my vision, O Lord of my heart

Naught be all else to me, save that thou art

Thou my best thought, by day or by night

Waking or sleeping, thy presence my light

Be Thou My Vision is a traditional Christian hymn of Irish origin. The words are based on a Middle Irish poem often attributed to the sixth-century Irish Christian poet St. Dallán Forgaill.

Traditional hymns for a funeral

Traditional hymns are a safe choice because they will be familiar to most people. Knowing the words and music helps unite the congregation in song and gives a sense of shared hope.

Lead thou me on;

The night is dark, and I am far from home;

Lead thou me on;

Keep thou my feet; I do not ask to see

The distant scene: one step enough for me.

Lead, Kindly Light is a poignant funeral hymn that has been sung at important moments throughout history. It was sun on the RMS Titanic before it collided with an iceberg, and the morning after while its lifeboats and survivors awaited rescue.

It was also sung by soliders during World War 1 before entering the trenches.

Other traditional hymn choices include:

If you don’t want to go down the popular or traditional route, modern hymns are just as poignant and moving.

They are popular choices to sing at schools during group assembly and so may be nostalgic for a lot of people.

Fill this land with the Father's glory

Set our hearts on fire

Flood the nations with grace and mercy

Send forth your word

Lord, and let there be light

Written in 1987, Shine Jesus Shine was voted 10th in a 2005 survey of the UK’s favourite hymns by the TV show Songs of Praise. It is hugely popular for such a modern hymn and is seen as a song of hope.

If you like the idea of modern funeral hymns, these hymns might be a good choice too:

A more upbeat funeral hymn might be a more fitting tribute, particularly if the service is intended to be a celebration of life, rather than a more sombre occasion.

Lord of the Dance

Dance, then, wherever you may be,

I am the Lord of the Dance, said he,

And I'll lead you all, wherever you may be,

And I'll lead you all in the Dance, said he

The Lord of the Dance was written in 1963 by English songwriter Sydney Carter. The song narrates Jesus’ life, using the metaphor of the "dance" as his teachings and leadership.

Other uplifting funeral hymns are:

Funeral hymns for mum and dad

Unlike some songs, hymns aren’t written with a person’s role in mind. The hymns here could be an appropriate choice for mum or dad. They are touching and comforting hymns to honour a much-loved parent’s passing.

And did those feet in ancient time,

And was the holy Lamb of God,

Jerusalem is a musical version of the poem "And did those feet in Ancient time" by William Blake. It is very popular in the UK and seen by some as an alternative and unofficial national anthem for England. It was written to lift the spirits of people during the first World War.

One of its most famous phrases is "Chariot of Fire", which gave the patriotic 1981 film Chariots of Fire its name. The hymn is even performed in the film. It is also sung by the Women’s Institute at their meetings and was featured in the film Calendar Girls.

Other funeral hymns suitable for parents include:

If you’re planning a funeral and are still struggling to decide which hymns to choose, don’t forget the funeral director you’re working with can also help you decide.

Organising a funeral can be overwhelming and stressful when emotions are high. Our step-by-step funeral planning guide might be useful for you to consider what else is left to plan.